Recently we’ve had several inquiries about where to put activity patches — especially Operation Christmas Child — on the uniform vest or sash.

The Girl Handbook simply states “Activity patches should be placed on the back of the sash or vest. Examples of activity patches include events, AHG Pen Pal Program, HUGS patch and rockers.”

So helpful, isn’t it? What it is really saying is that there is such a variety of patches a girl can earn, it’s impossible to prescribe just where they should go. However, we do have a couple of tips to offer:

What other tips have you picked up? 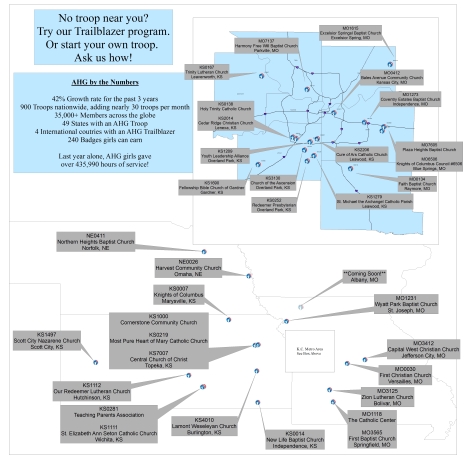